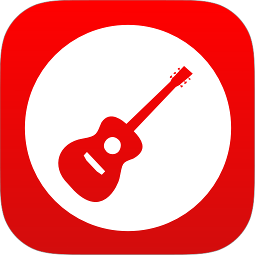 I finally submitted a new update for PGSongBook with the well-deserved adaptations for iOS 7. The new update carries version number 1.4.7 (which is thought to indicate this is no update in functionality, but merely an update for improved compatibility with iOS 7).

Although there are not many new features, I still think that the new design has deserved being talked about a bit here.
In order to move away from the iOS6-y look of the old version and get the UI more streamlined with iOS 7,  I had to change nearly the whole design of the app.

And thus, here is the one change most of you will notice first once the update has been approved:

A new icon. This might seem like a radical change, but the old one heavily relied on that grainy texture and skeuomorphistic pages, which both don’t comply with the new flat look of the OS.

Going further, here are some screenshots of the new UI:

The other cool new feature of PerfectGuitarSongBook is full support for MIDI foot pedals like the iRig BlueBoard by IK Multimedia. I’ll write about that feature in another post.

You will get the chance to get your hands on the update once it has been approved by Apple. From my experience, it takes roughly a week for Apple to review and approve updates, so expect the release on Sunday or Monday next week.

Apple was a bit faster than expected and the new update for PGSongBook was reviewed and published yesterday.

+ New chord charts system:
Preinstalled chords database
Add your own chords
+ Simple functions for converting PDF, Docx, Doc and Pages to ChordPro
(but please don’t expect too much, especially DOC is a really complex format)
+ Notes system
For songs and playlist entries
+ Optical improvements
New icon
Tried to optically polish the whole app
+ Link MP3 file with a song
+ New AutoScroll tag allows setting different AS speeds for parts of a song
+ Swipe to get to next song of playlist
With page-turning animation
+ Fully compatible with the iPhone 5
+ Change settings from inside the app
+ Batch import

+ Plenty of small improvements, e.g.
Search in the most important lists
Edit PDF/Doc/Docx/Pages in external app
Double-tap screen to toggle full screen
Tapping the screen while AS bar is visible toggles AS
Song titles are centered now
+ New settings, e.g.
Scale PDFs to fit
Start MP3 and AS with one button
Jump to next song of playlist after scrolled to bottom or MP3 ended
+ Tons of bug fixes
+ Help can now be updated without updating the app
+ Dropped support for iOS 4

I’ve created videos showing some of the new features of PerfectGuitarSongBook 1.4, three of which I’d like to present in this post.


The new chord charts system
As you could already see on a screenshot, the new update of PGSongBook comes with a preinstalled chord database than can even be extended by you.

The new notes system
In PerfectGuitarSongBook 1.4, you can add notes for a song and for a playlist entry. They can be viewed from the song screen, in an animated notes view at the top of each song.
Navigating in a playlist
The new version also includes a beautiful way of navigating in a playlist: Just turn the page in an iBook-style-way in order to get to the next or previous song.
These are only some of the great new features the new version brings.
More videos to come. 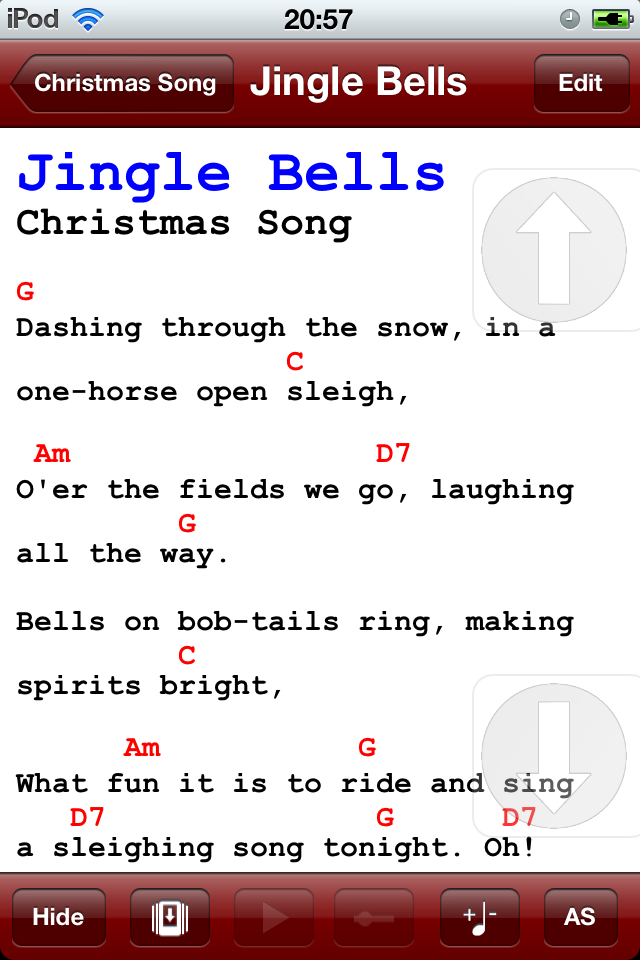 I just submitted PerfectGuitarSongBook version 1.4 to the App Store Review Team.
The new version will as usual make PGSongBook even more perfect, with an overall graphical overhaul, great new features and tons of bug fixes.

Here is a screenshot of the new UI in comparison to the old one:

From my experience, it takes about a week for the App Store Team to review new updates, so if there is no problem, you all will soon be able to explore it.
A full list of changes will come soon.

With version 1.3 of Perfect Guitar Song Book, editing songs in the built-in editor is now easy like never before.

Many songs from the Internet only have one verse that is provided with chords.If you don’t know the chords by heart, it’s difficult to play the second or third verse without chords.This feature helps you to easily transfer the chords from the first verse to all the others without chords.

﻿This feature automatically finds and marks choruses with the {soc} and {eoc} chord pro tag.

Read here for a full list of new features.

Version 1.3.2 of Perfect Guitar Song Book was just released and is now available on the App Store.

The new features are:

► Introducing Magic Features: ◄
+ Transfer chords
If only one verse of a song is provided with chords, this feature easily lets you transfer chords from this one verse to all the other yet chordless verses.
+ Find and mark choruses
Makes the app find choruses and mark them with the {soc}/{eoc} tag
+ Complete choruses
Fill in the complete chorus where only a referral is written

► Export playlists as PDF ◄
Allows you to create full song book just with your iOS device
The generated PDFs even include an index with links to each song.

► And many more: ◄
+ Now supports Bluetooth page turn pedals
+ iPad 3 retina graphics
+ Fill new song’s information from MP3
+ Smaller buttons for scrolling whole pages (Option for old, big buttons)
+ New Chopro tag: {h} highlights phrase like a text marker (works in-line)
+ Now artist and title are capitalized automatically
+ Saves autoscroll speed for every song
+ Night mode for songs screen (even playlist’s songs view is black in night mode)
+ TV out on iPad 2 and iPad 3 disabled, so that the whole app is shown on TV on those devices
+ Autoscroll bar can now be opened without swiping the toolbar
+ Swipe over song screen to get to the next song of a playlist

The new update is already available on the App Store.

PGSongBook allows you to easily adjust the font size of the built-in editor to your needs:

Just tap the screen with two fingers, keep touching it and move your fingers away from each other.
This movement is also called “Pinching” and works in many other applications as well.

PGSongBook version 1.2 was submitted on January, 25 and therefore should be available this week if everything goes well. Here is the complete list of new features:

Organization:
+ Swipe to delete Chord Pro file
+ Change order of songs in a playlist
+ Playlists can now be duplicated
+ Option to delete files after import

Editor:
+ Pinch to zoom in editor
+ Monospace font in editor
+ Search & Replace in editor
+ Chords turn capitalized after chord tag is closes with a ]

Bug fixes:
+ Chords and text are no more combined in comment areas or tab areas
+ Empty lines are no more compressed when printing
+ Now warns if you want to rename playlist to existing name
+ Several more

I’m proud to announce that IK Multimedia, the makers of great products such as the iRig and iKlip, featured Perfect Guitar Song Book as iKlip app of the week.

You can read the full article here.